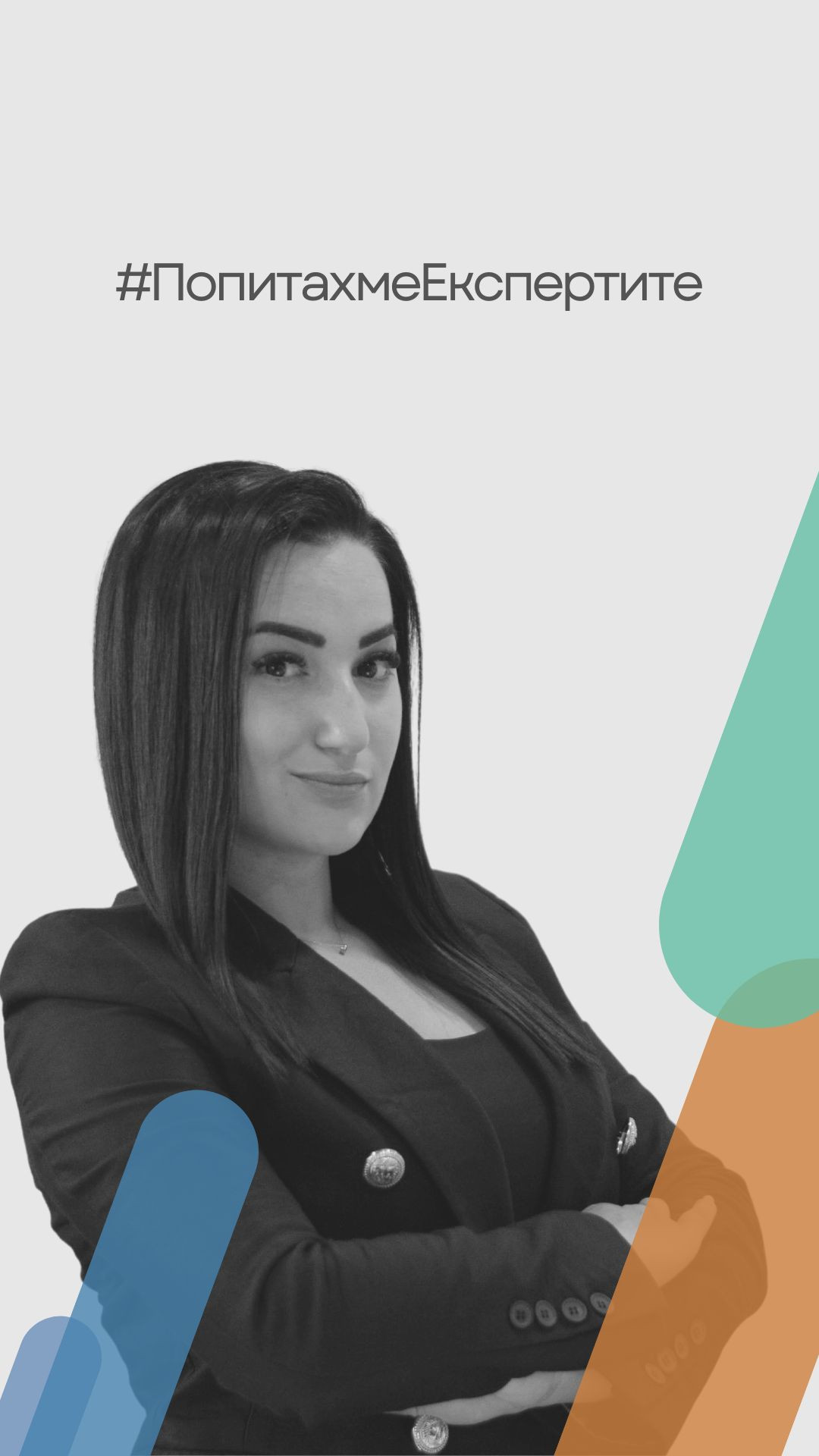 About fast fashion, fast reactions and fast development in one of the companies - market leaders in the fashion industry

Fast fashion is a business model in the fashion industry where collections are designed quickly and according to current trends, then produced and sold at affordable prices. The term Fast Fashion itself highlights the high pace of work as the new standard in the industry. Michaela Staykova, Employer Branding Specialist at LPP Fashion Bulgaria, the company that manages the Reserved, Cropp, House, MOHITO, and Sinsay brands, shares how this impacts the work environment and what challenges employers in the fashion retail sector are facing. END_OF_DOCUMENT_TOKEN_TO_BE_REPLACED 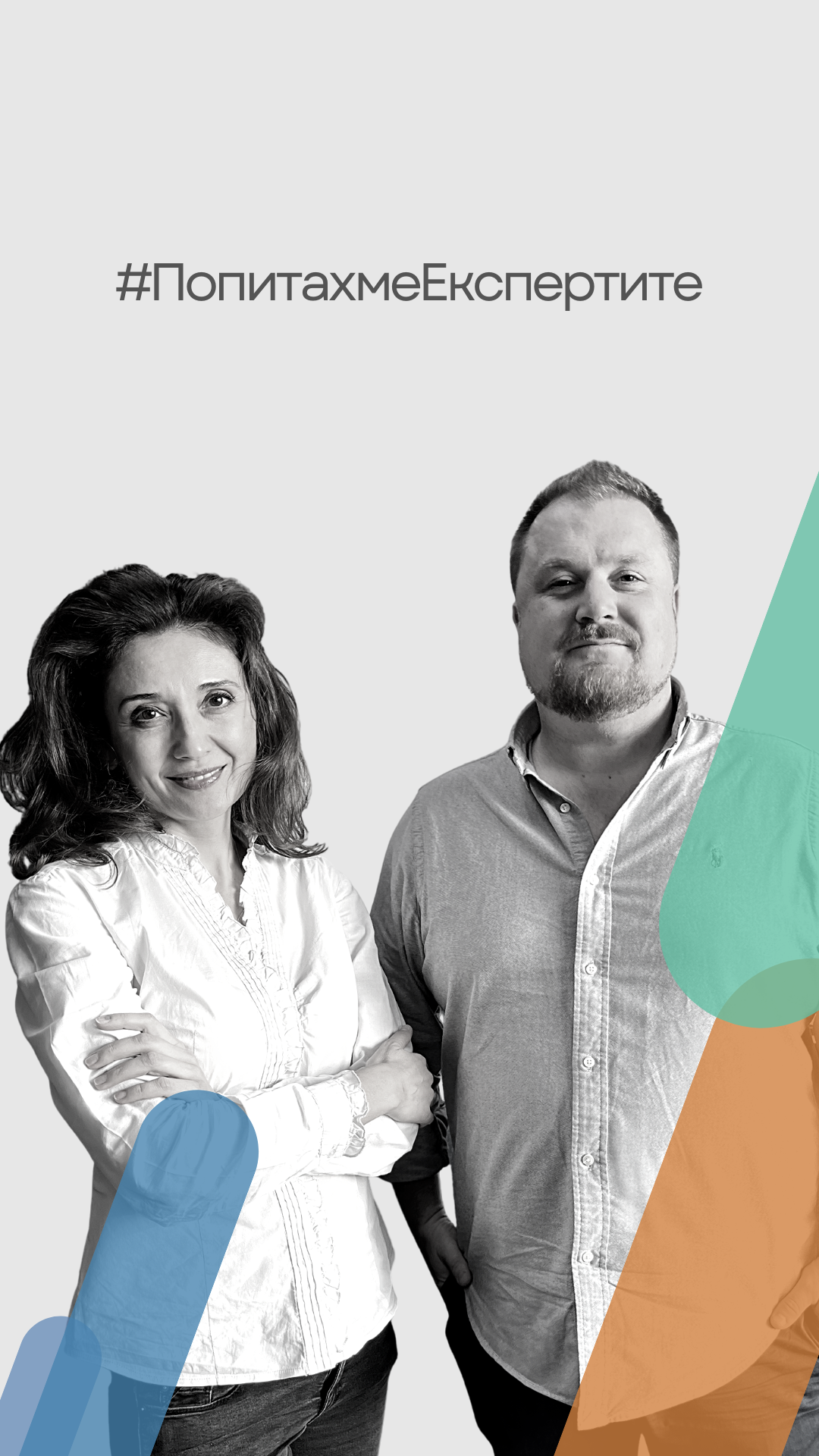 Each job description defines a set of skills necessary for a person to be successful in a position. In today's world, where talent shortages are a hot topic and desired skills in many areas are becoming more specific and complex, employers often organize training for their current and future employees as an effective method to secure their business needs. In the IT sector, this model has recently become increasingly popular in the form of academies for IT professionals, which aim to teach key practical and theoretical knowledge to talent within a short period of time, so that they can be successful in the company. END_OF_DOCUMENT_TOKEN_TO_BE_REPLACED 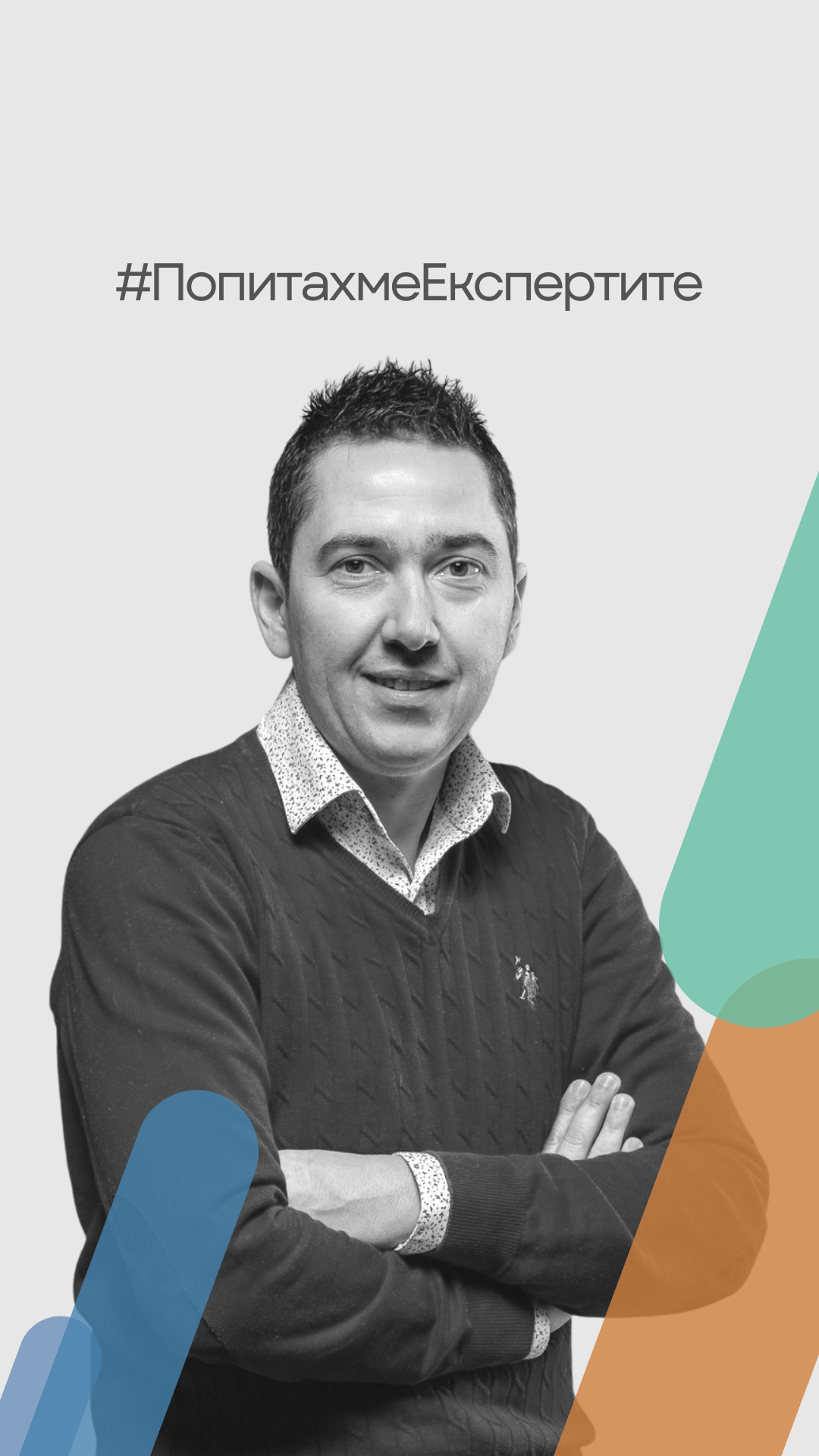 Japanese quality, traditions and values as the foundations of the corporate culture in an international manufacturing company for automotive components on Bulgarian soil

Vladimir Sedlarski has been the executive director of "Yazaki Bulgaria" EOOD since November 2021. He has over 15 years of experience in the company, previously being part of the Management and Leadership team, and also being "Plant Director" in Yambol and Sliven for 4 years. Today he shares with us the specifics of managing a Japanese company in Bulgaria and reveals the most important Eastern traditions and values and how they are successfully communicated and reinforced among the many employees in the company. END_OF_DOCUMENT_TOKEN_TO_BE_REPLACED 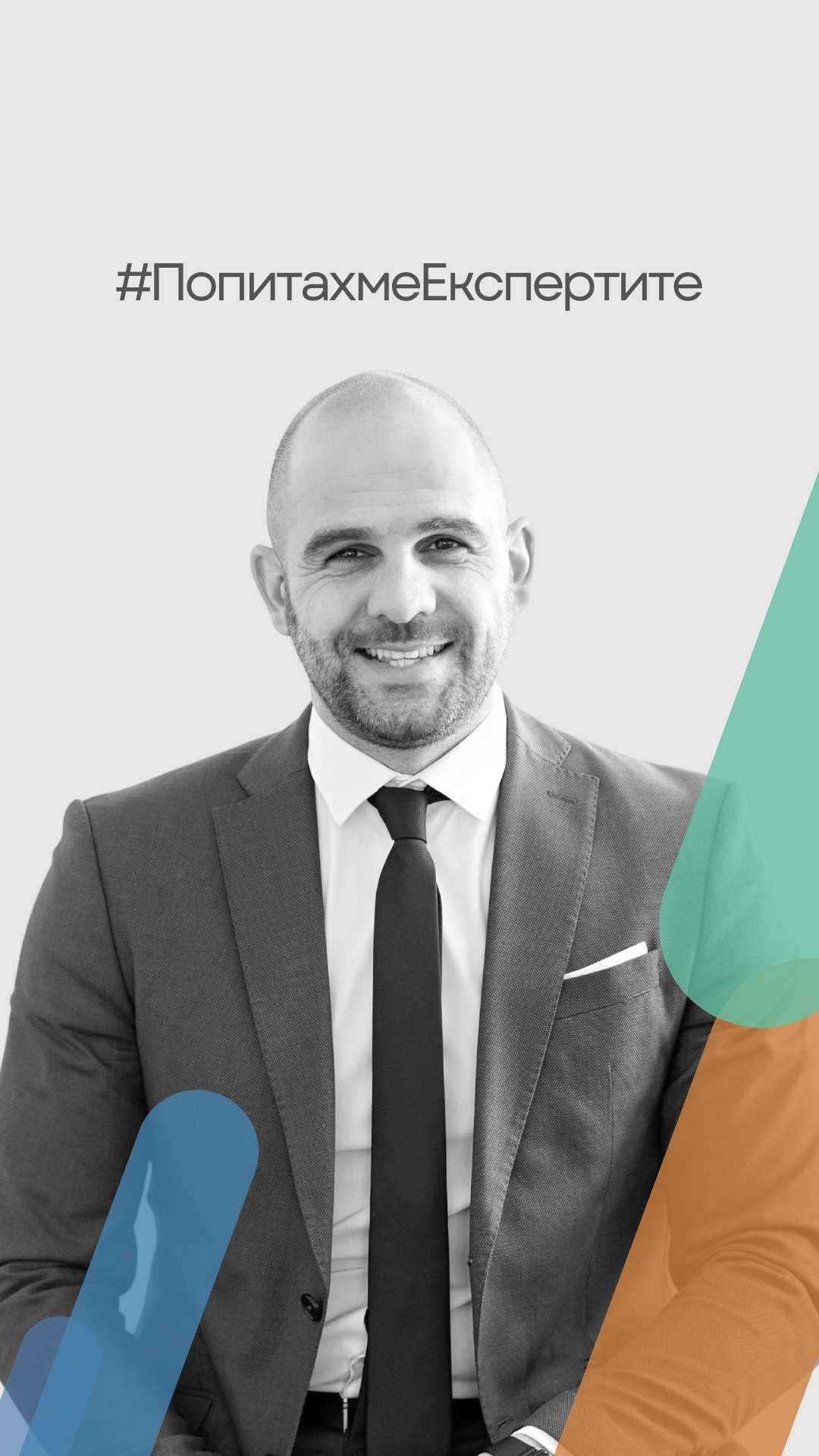 Can you really work effectively when the sun is shining in your eyes and how to successfully manage people from a distance?

Vladimir Simeonov has been part of Proxiad SEE as Business Operations Director since early 2020. He has over 15 years of experience in Sales, Marketing, Customer relations and Team and Project management. He has worked with partners all over the world and today will share more about the concept of working remotely, its challenges, best practices and how to manage remote teams. END_OF_DOCUMENT_TOKEN_TO_BE_REPLACED 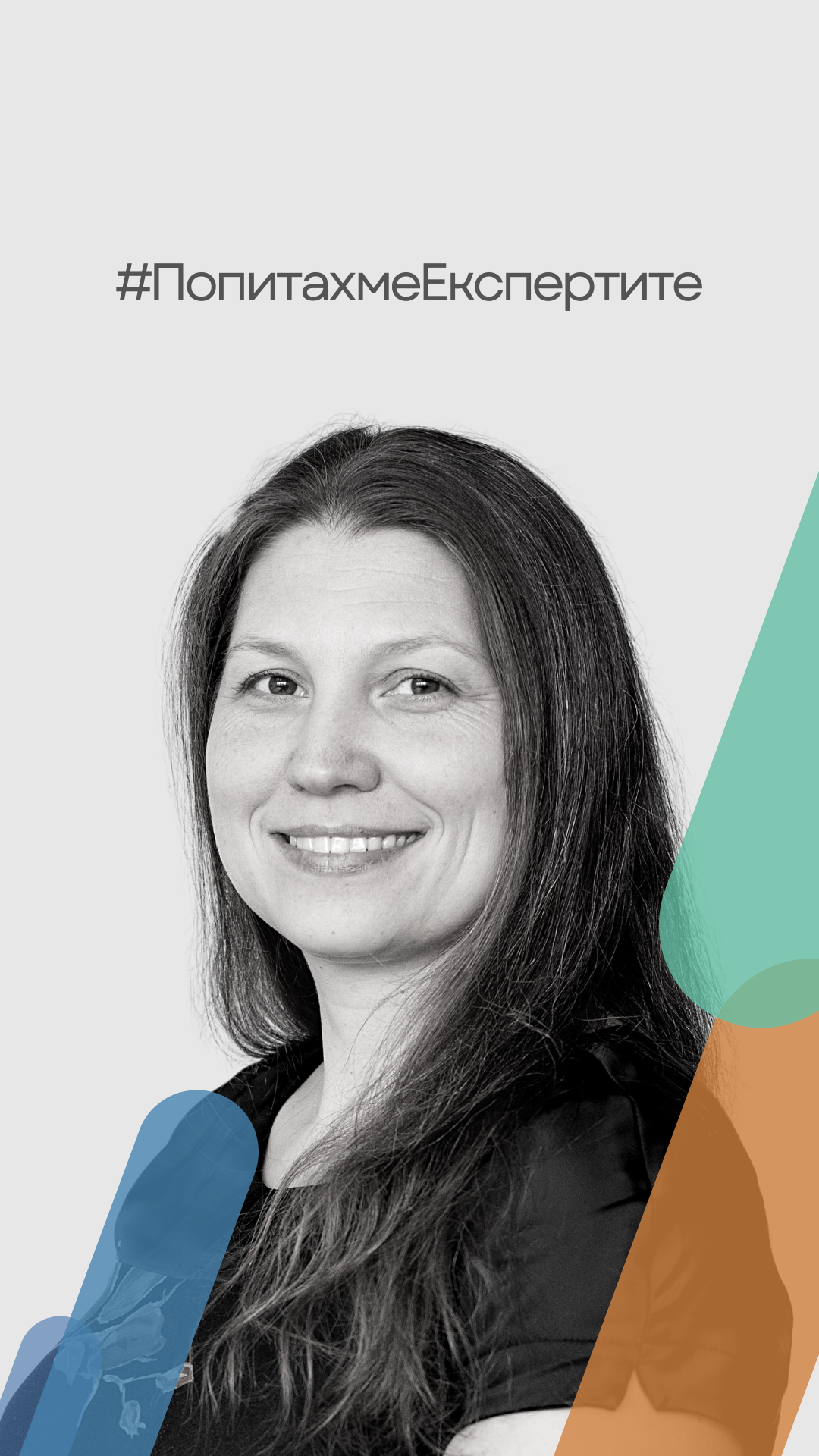 The secret of success: Being a German company in Bulgaria

Denitza Borisova is the Head of HR and Legal at Festo Production. She has been part of the Festo Bulgaria team in Bulgaria for 12 years. She has over 20 years of experience in People management in large multinational production and consulting companies. Since 2005 she has been a lecturer in her subject area in programmes at the University of Portsmouth and Cardiff Metropolitan University, was involved in the development of the Professional Ethics Standards of the Bulgarian Association for People Management and was the first Chairman of the Association's Professional Ethics Committee. She has degrees of Master of Business Administration and a Master of Law. She speaks English, Spanish, Russian and German. She has two children and a dog. Mrs. Borisova is responsible for human resources, communication and events and legal services for Festo in Bulgaria for the production and sales divisions as well as the Technical Engineering Center. END_OF_DOCUMENT_TOKEN_TO_BE_REPLACED 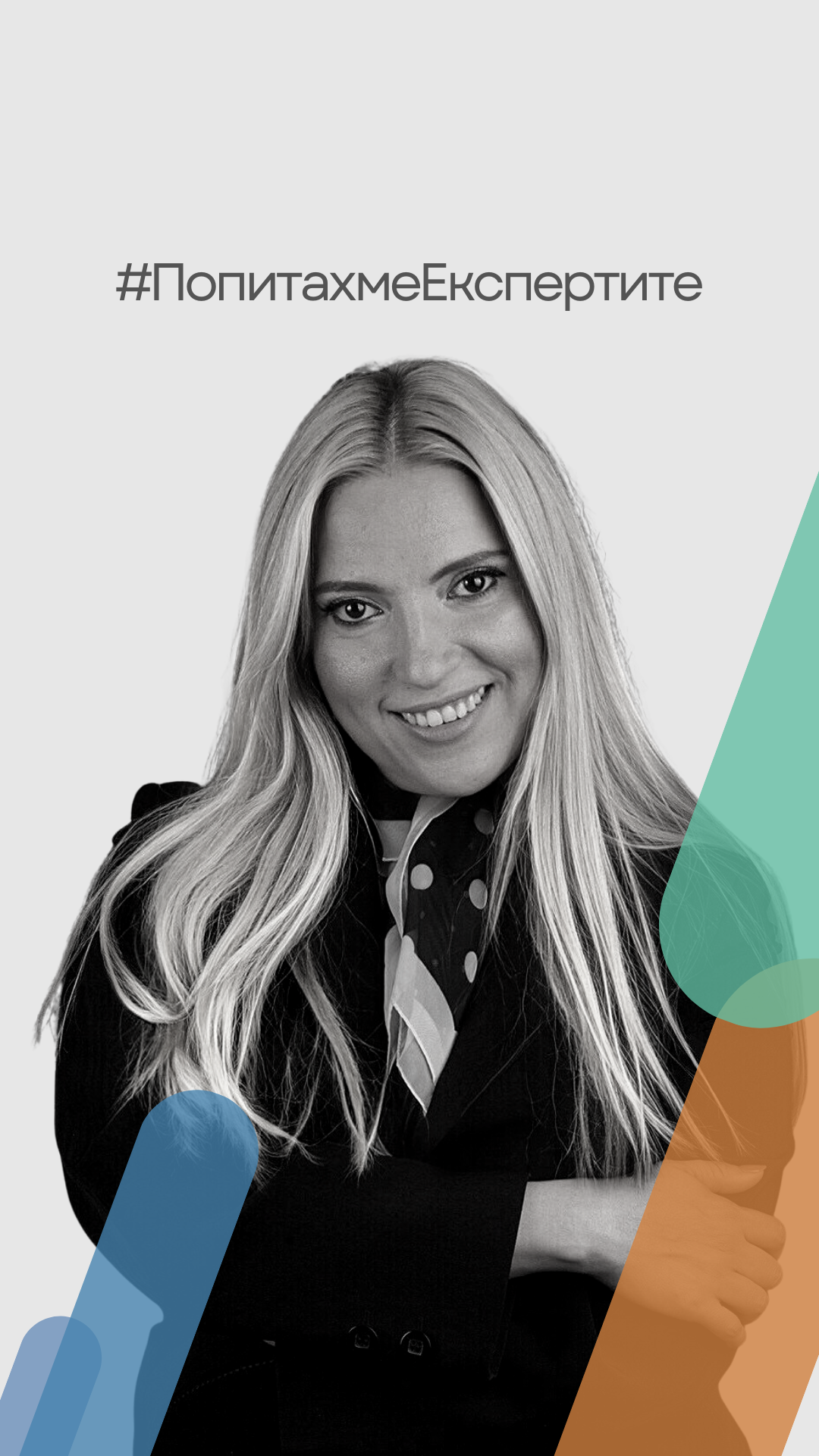 How to engage and retain our people during the Great Resignation?

So many open positions, so little available talent, the Great Resignation, a global pandemic, inflation, political uncertainty - these are just some of the factors dictating the current labor market trends. One of these trends that is also becoming a big challenge for employers is engaging and retaining the people inside the organizations. Sylvia Donkova, Head of HR at one of the most innovative manufacturing companies in the country - Ottobock, shares her experience in creating engagement and retention strategies, talks about best practices for dealing with this challenge and reveals some of the successful and working methods they use in their company. END_OF_DOCUMENT_TOKEN_TO_BE_REPLACED 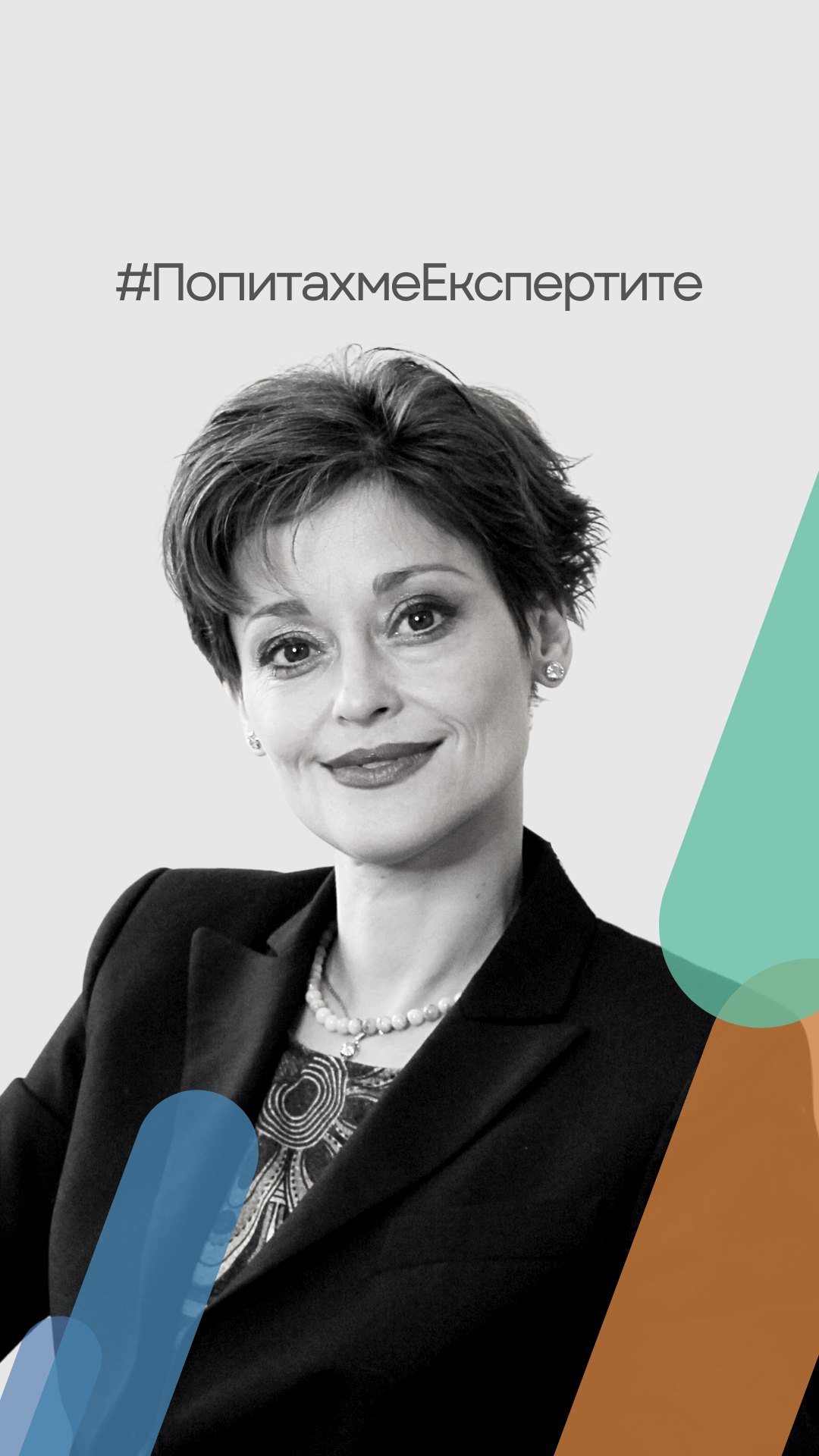 Milena Atanassova is one of the founders of the social entrepreneurship platform Wellness Masters Hub Ltd. which offers integral solutions for corporate wellness. She is a psychologist with over 20 years of corporate experience in human resources and public relations. Today Milena tells us in detail about the importance and the role of employer branding for companies and talents and shares her professional experience on how to build and maintain a successful employer brand and a positive corporate culture. END_OF_DOCUMENT_TOKEN_TO_BE_REPLACED 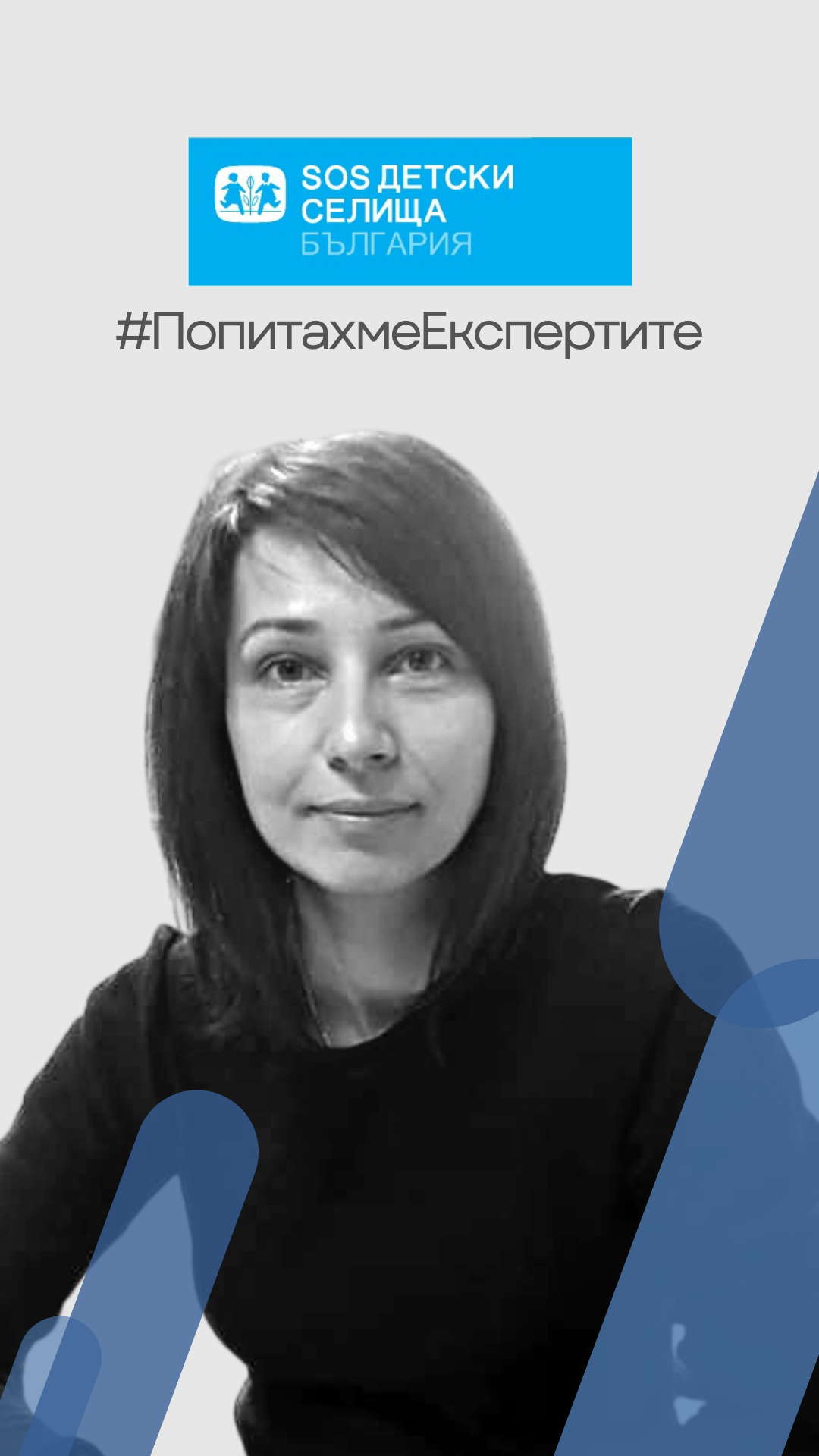 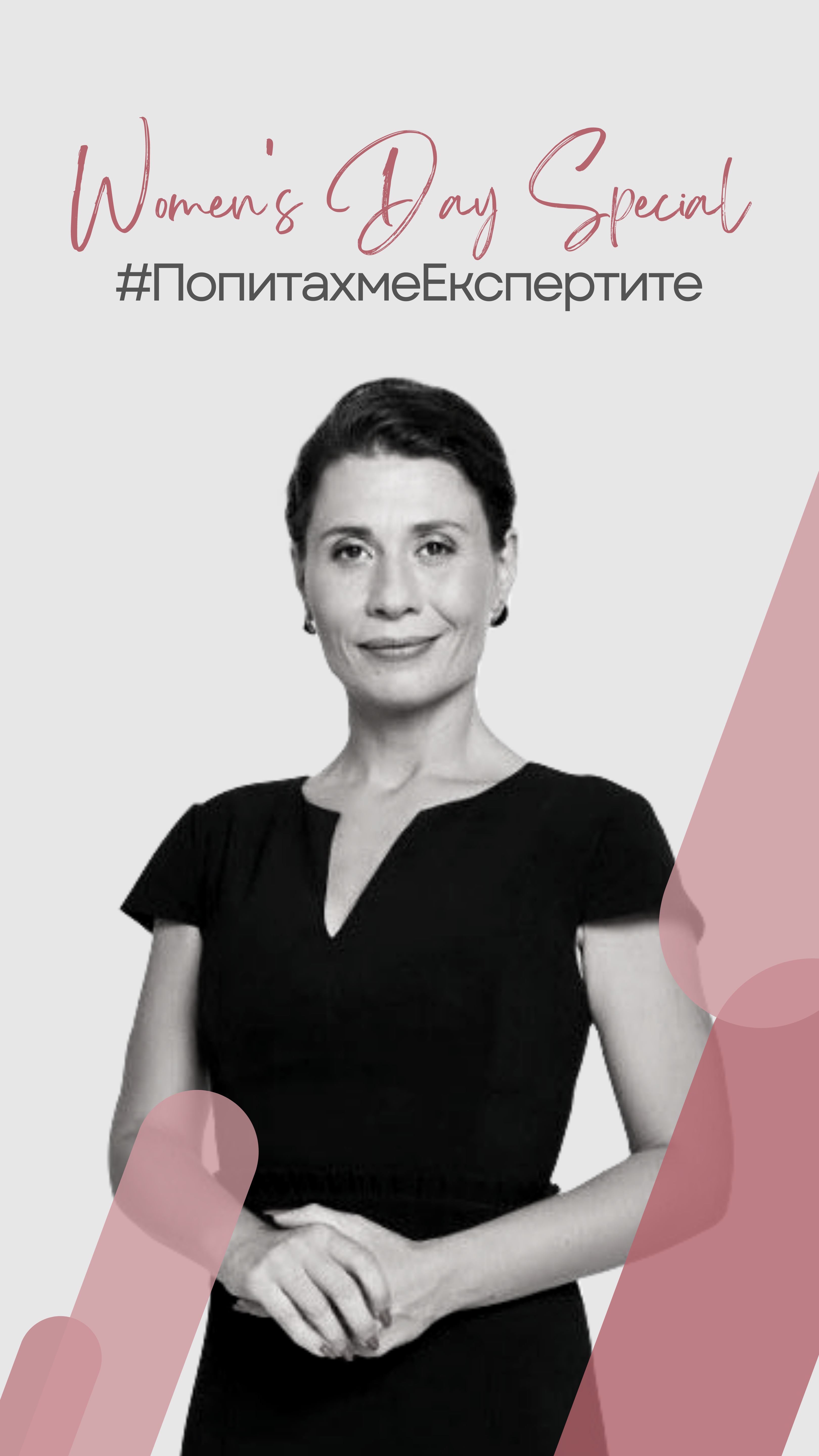 For the women who are multitasking wizards. What’s it like to be a mother of three, a business woman, a politician, an artist, at the same time?

Today is the 8th of March – International Women's Day – a celebration of all women, mothers, business ladies. What's better than inviting someone who is a professional in all three directions. We present Elisaveta Belobradova – Member of the Parliament, co-founder of "Maiko Mila" and "Ole Male" and the person behind the attractive persona Letiashtata Kozzila Erato. We talk about what it's like to be a woman in politics, how to juggle several professions, is being a mother a job and what it's like to be a woman in Bulgaria. Happy Women’s Day to all the ladies! Enjoy. END_OF_DOCUMENT_TOKEN_TO_BE_REPLACED 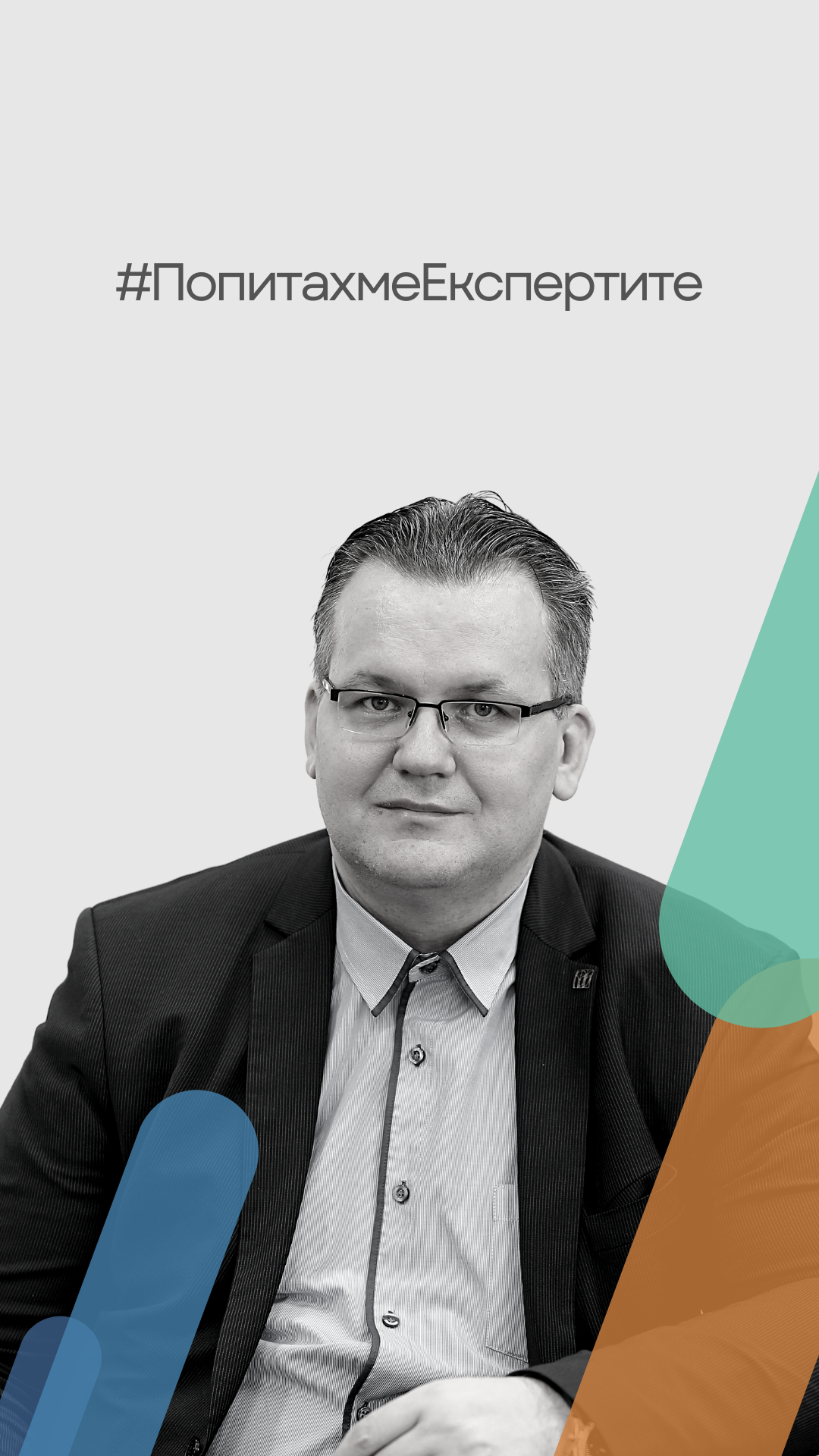 Arch. Lyubomir Stanislavov graduated in Architecture from UASG in Sofia in 2001. He acquired additional qualifications at the University de Valladolid, Spain, and the Technical University of Graz, Austria. In 2001 he began his professional development as a lecturer in the Department of Theory and History of Architecture. He is the author of significant projects in Bulgaria and abroad, including the reconstruction of the National Palace of Culture, numerous industrial and emblematic public buildings. In parallel, until 2015 he worked in the publishing industry as a partner to some of the world's largest publishers such as BBC Worldwide, CondeNast, Hola!, Axel Springer, Economist, De Agostini and Haymarket Media Group. In 2012 he was one of the founders of Automotive Cluster Bulgaria, and since 2015 he has been its CEO. END_OF_DOCUMENT_TOKEN_TO_BE_REPLACED 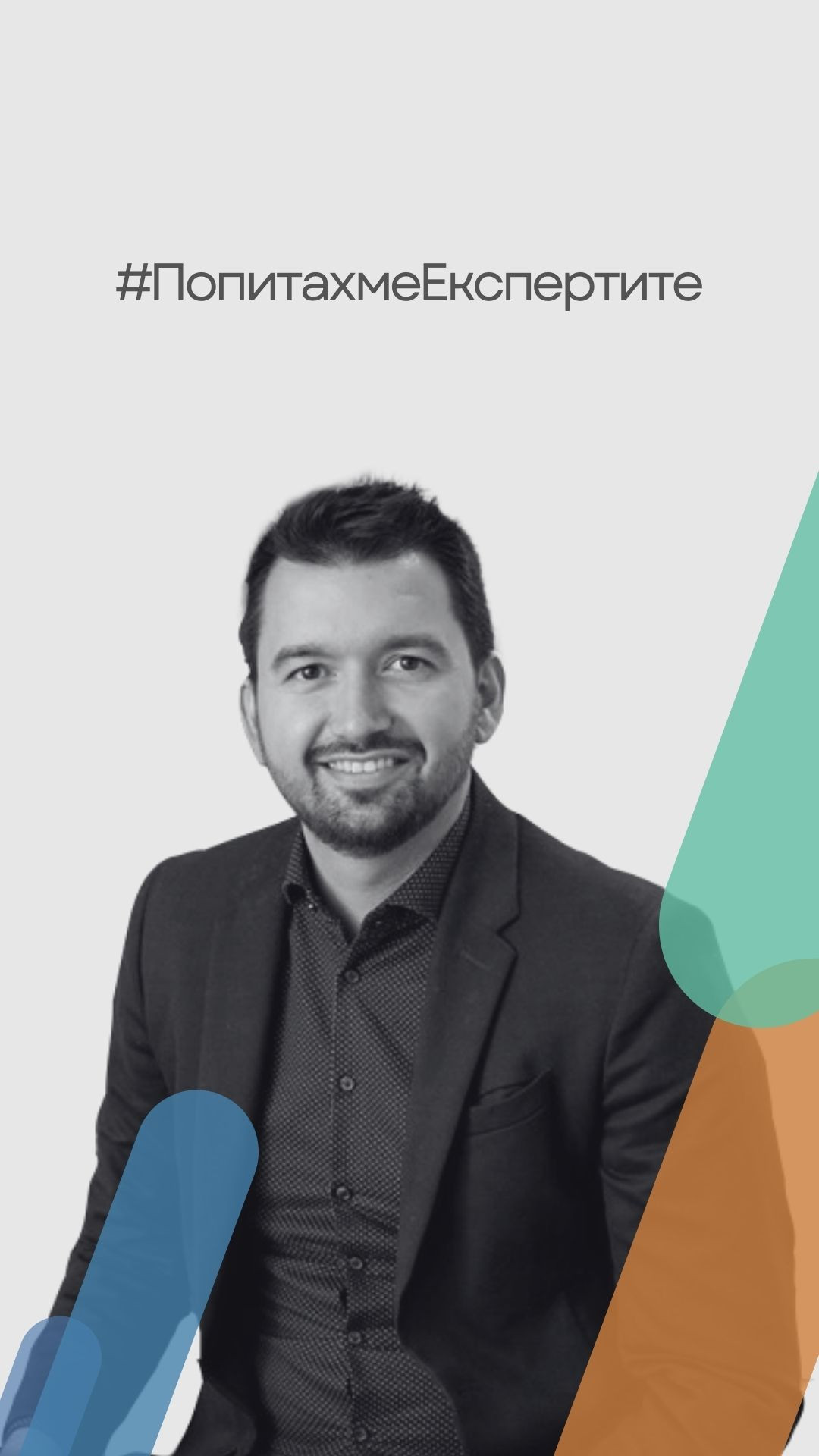 Christmas: Possible. How to keep the festive corporate spirit when our team works remotely?

How one of the biggest companies, symbolic with the Christmas holidays, celebrates Christmas during a pandemic? Nevyan Petrov, People & Culture Director at Coca-Cola HBC Bulgaria tells us what are the difficulties that can be encountered during the organization of remote team building practices, how to overcome them and how to keep the light and spirit of the holidays, regardless of the current situation. END_OF_DOCUMENT_TOKEN_TO_BE_REPLACED 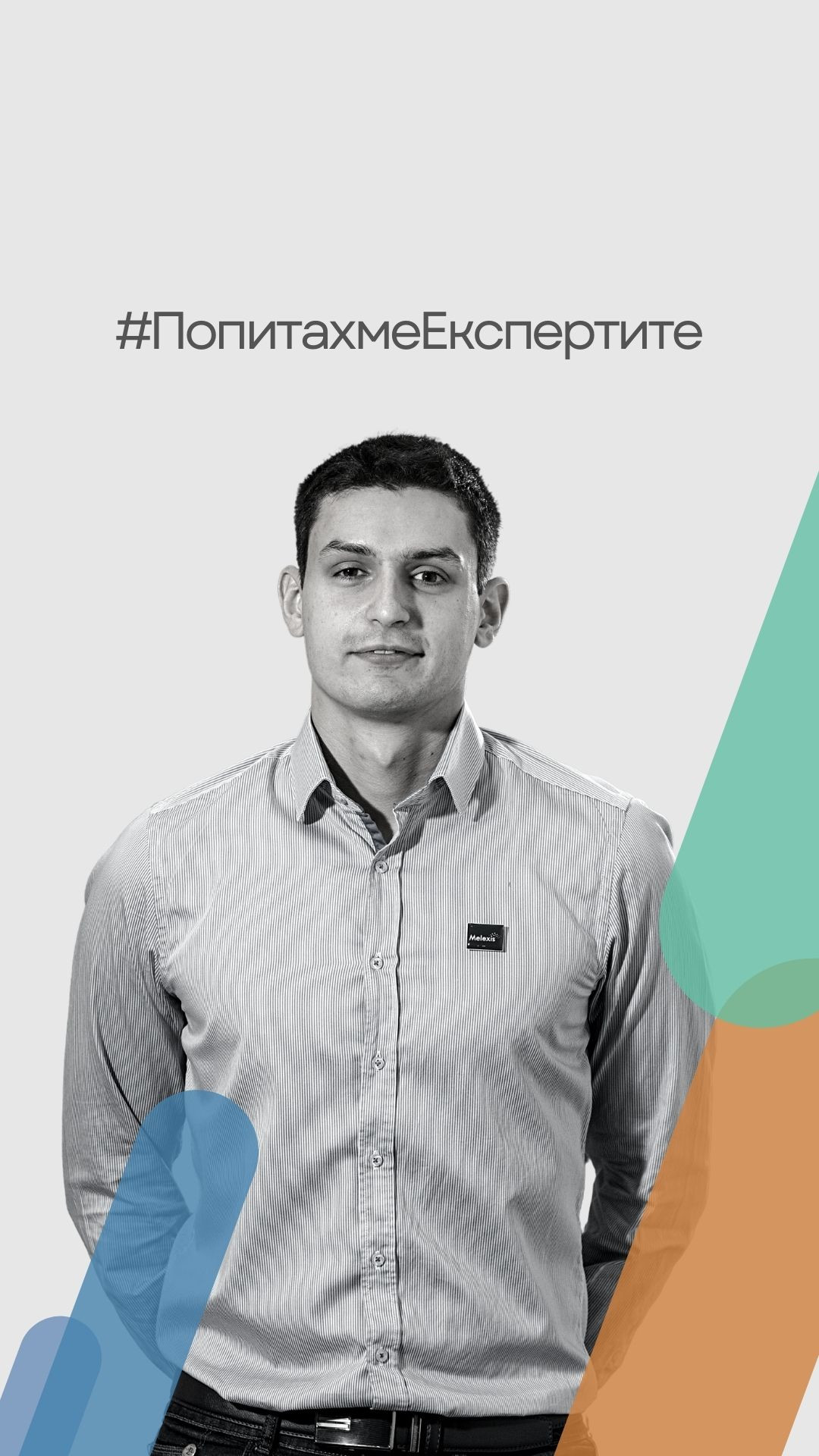 Success story: Industry 4.0 or how Bulgaria is responding to the global chip and human capital shortage

The global chip shortage is a hot topic of discussion and a pressing issue affecting many industries around the world. The shortage of people - too. Ivan Chernov, Global Production Manager at Melexis Bulgaria, who has been with the company for more than 15 years, shares how Melexis Bulgaria copes with the challenges as a manufacturer and employer, what are the positives and challenges of Industry 4.0 and what are the most sought after skills in people in a highly digital and automated world. END_OF_DOCUMENT_TOKEN_TO_BE_REPLACED 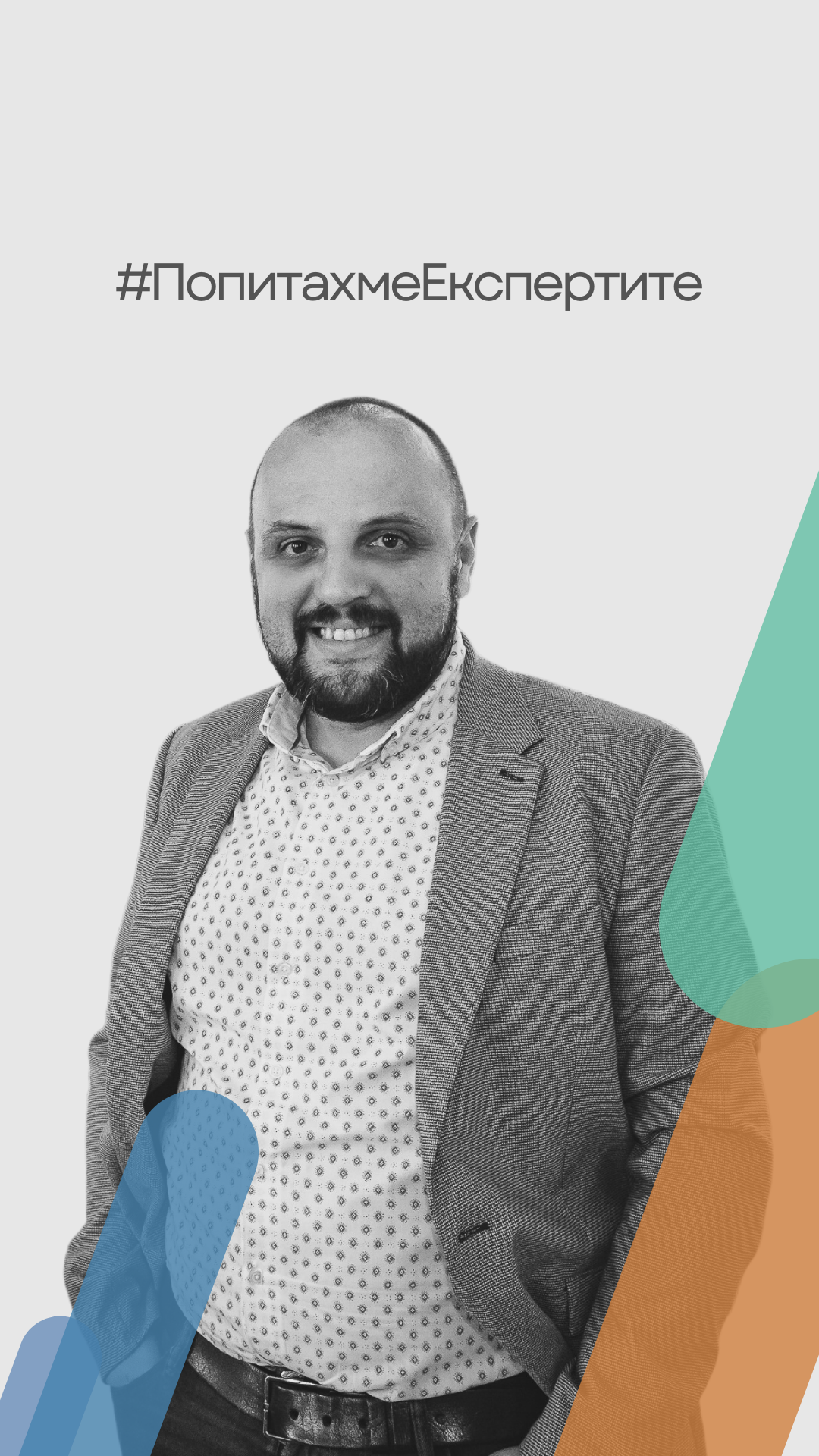 Who survived? Whoever innovates.

Innovation as an opportunity for success. Innovation as sustainable development. Innovation as a necessity and a way of life. In recent years, in the dramatically changing market, we have seen many examples of companies that have "benefited" from the crisis by offering innovative products and services that change the market and the way we live. On the topic of business innovation, we are talking to Mark Marinov, Business Development Director of Sofia Tech Park - a kind of incubator of innovations on the Bulgarian market. END_OF_DOCUMENT_TOKEN_TO_BE_REPLACED 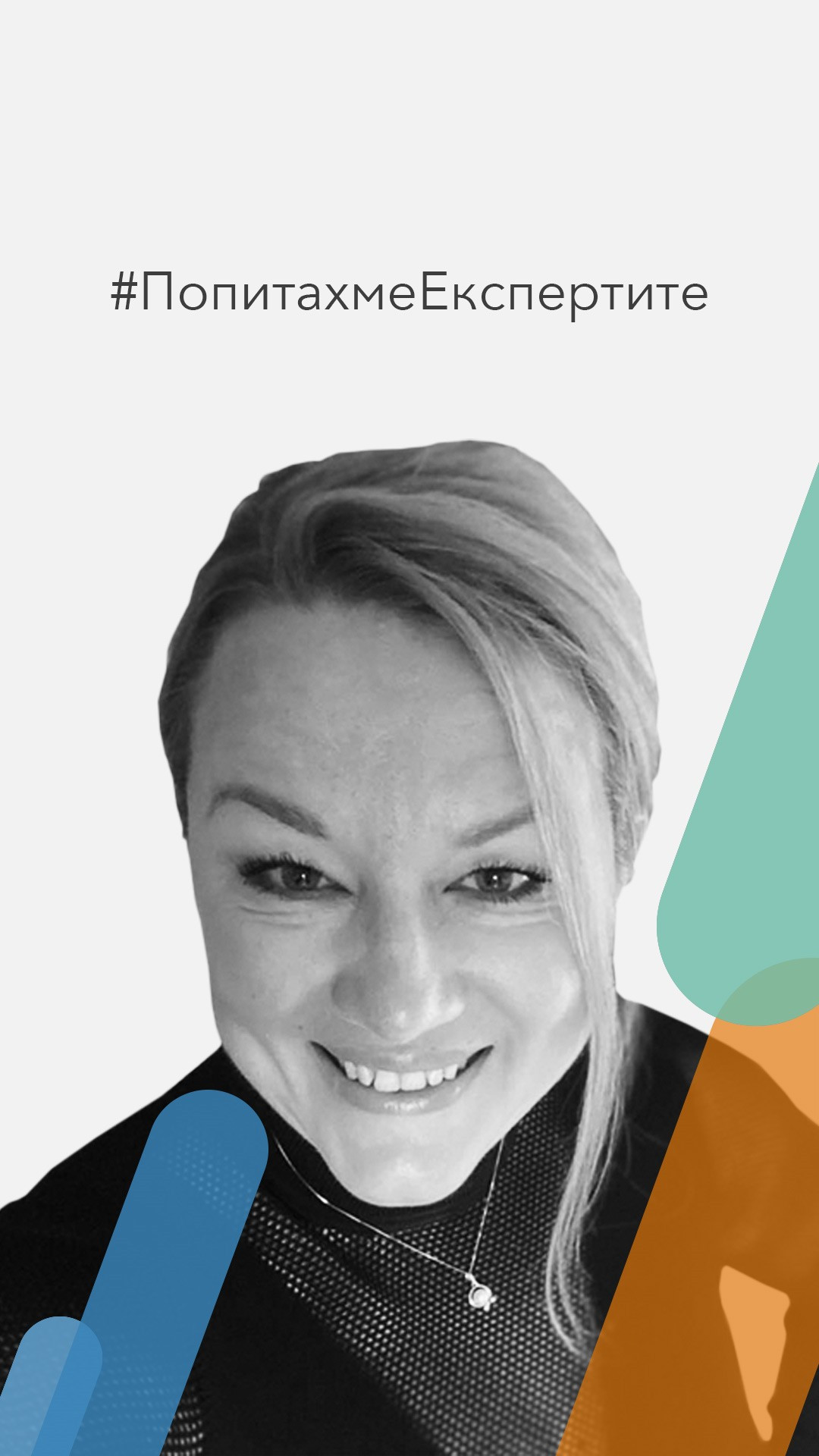 The paperless office is a workplace that has minimal paperwork and relies on digital documents instead. With the vast majority of business processes having to take place entirely remotely in 2020, digital administration is now more important than ever. END_OF_DOCUMENT_TOKEN_TO_BE_REPLACED 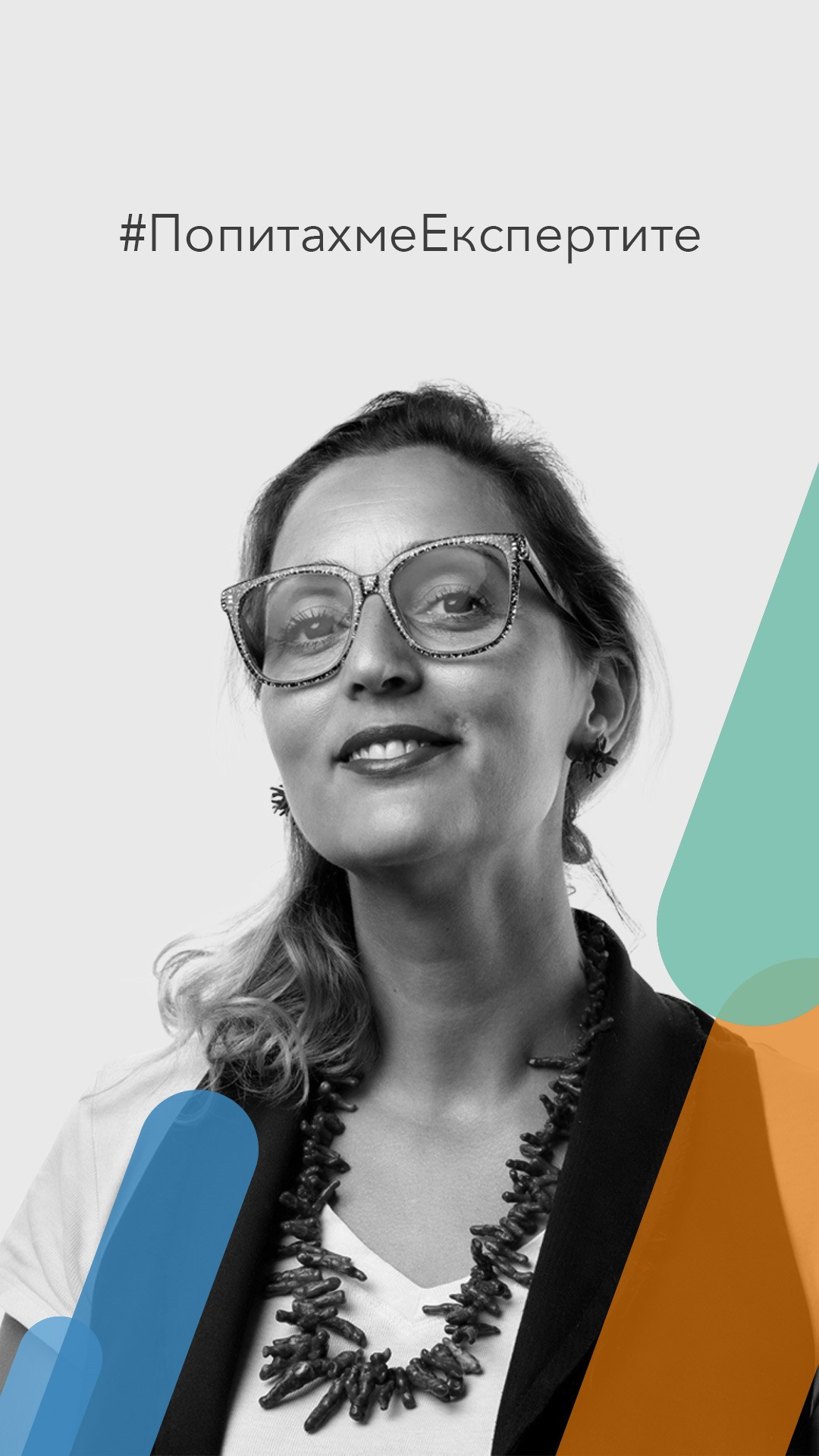 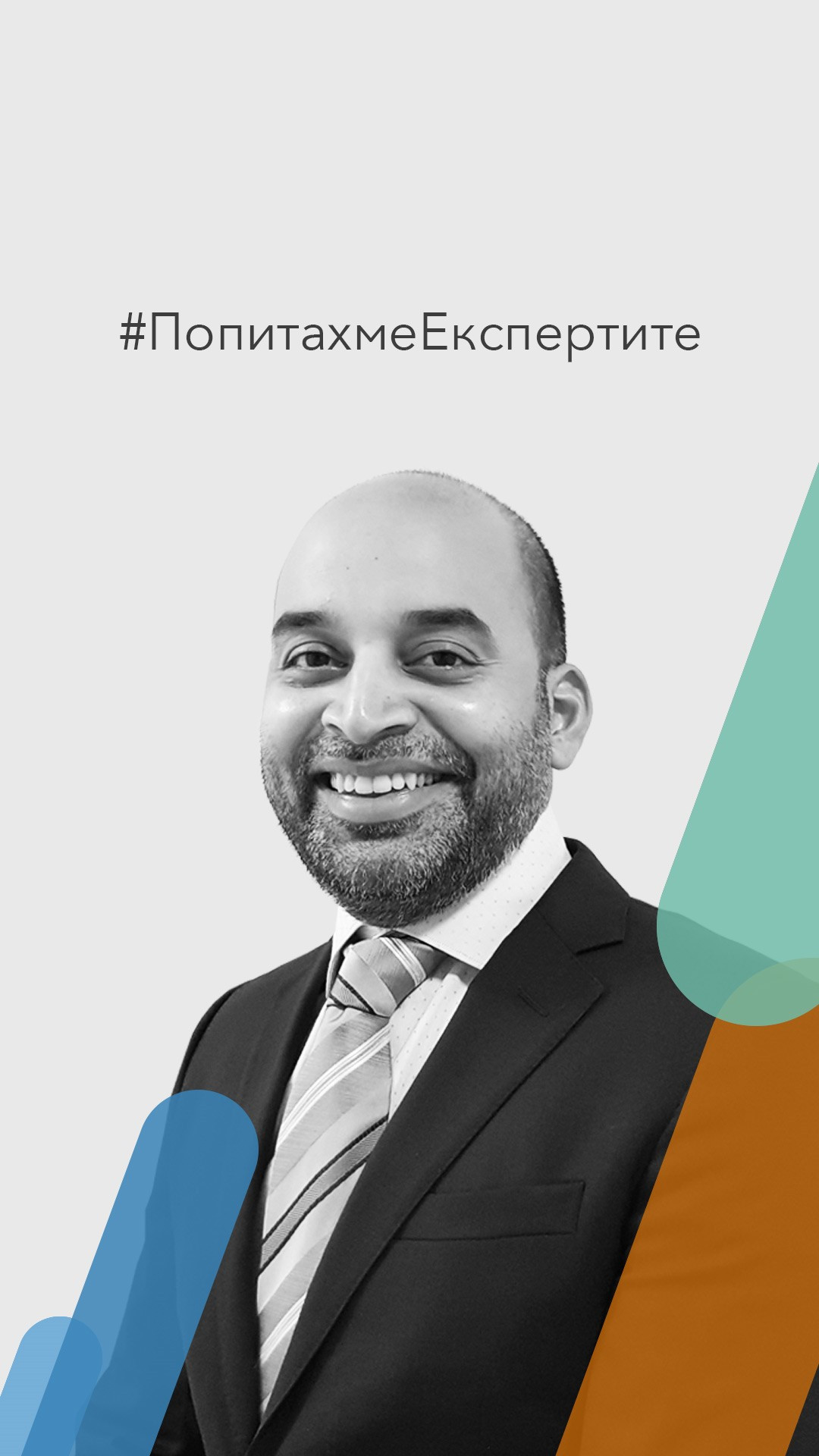 Automation is often framed as humans vs. machines. Even before the ongoing pandemic, the common narrative around cognitive technologies, and more importantly, Robotics Process Automation (RPA) is that these technologies are job-killers and will make humans obsolete in the workplace. END_OF_DOCUMENT_TOKEN_TO_BE_REPLACED 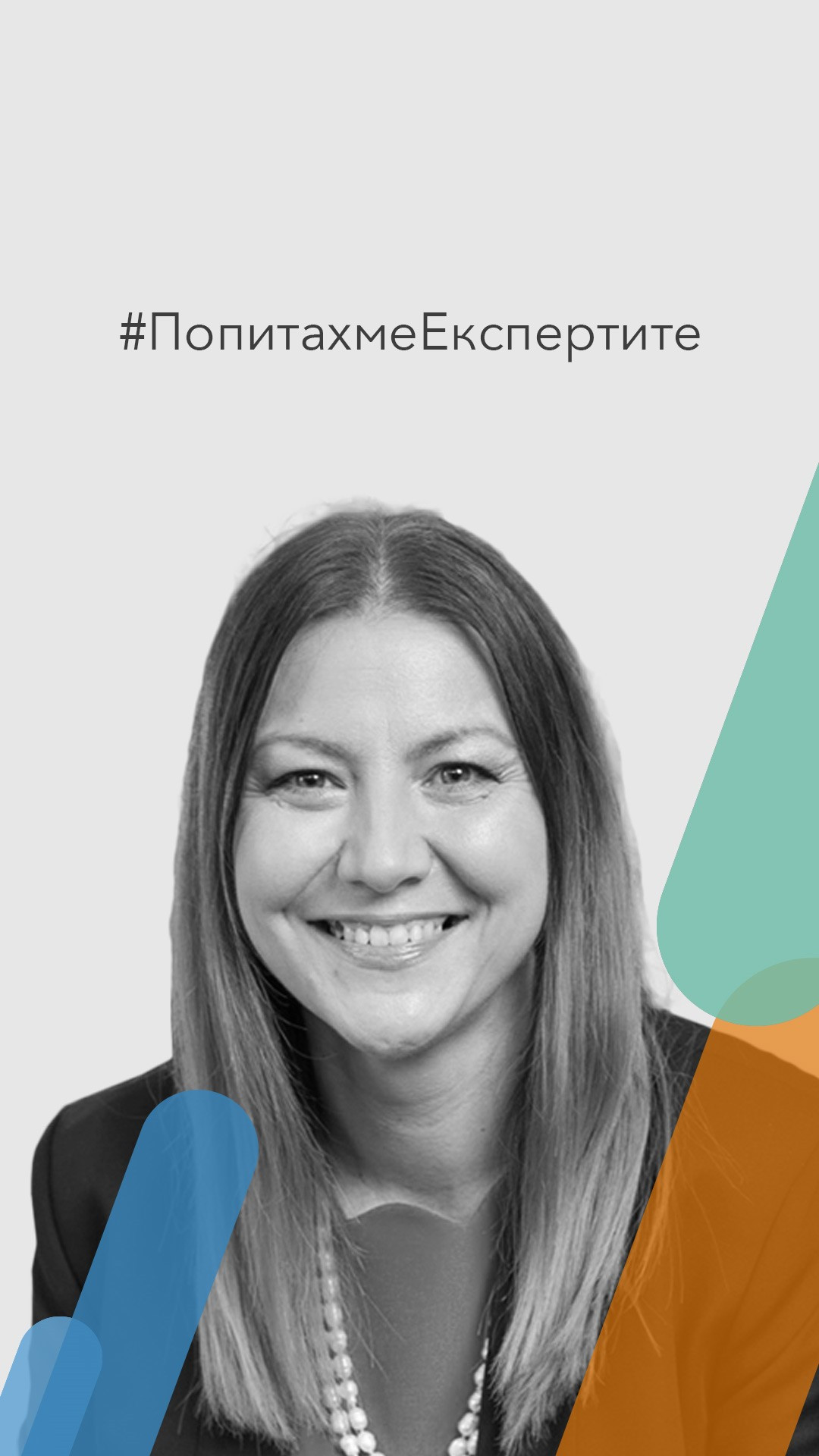 The art of Mindset Management in Bulgaria

In recent years, Mindset Management transformed from a term with a rather unclear meaning to a key tool for improving corporate culture, teamwork, and individual employee performance. The leading companies in the market rely on mindset management to create and maintain a work environment oriented towards growth, inspiration, and motivation END_OF_DOCUMENT_TOKEN_TO_BE_REPLACED 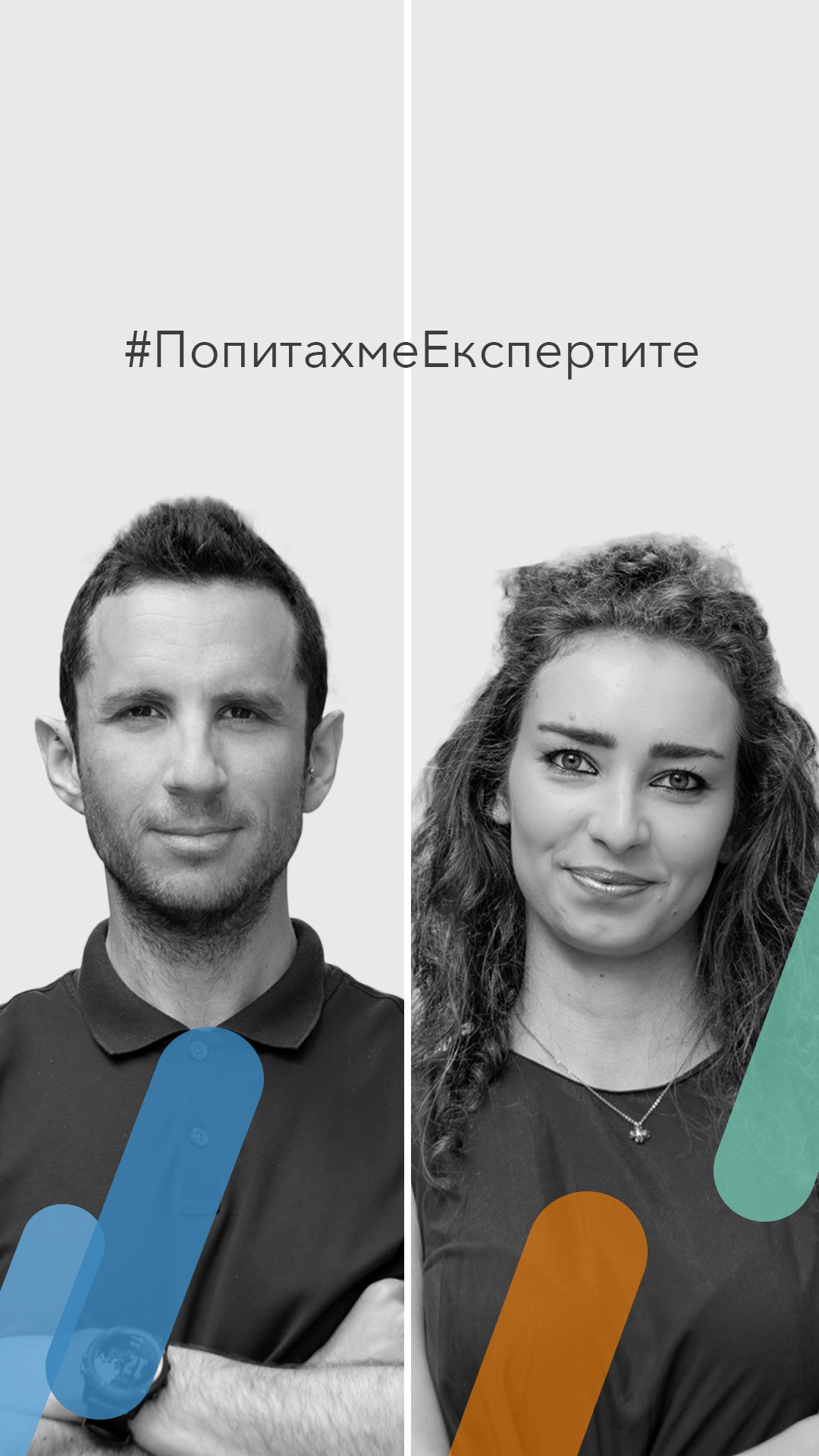 Brain drain is often cited as one of the main problems of the Bulgaria labor market. However, data from the latest Manpower Bulgaria research "Assessment of the Business Climate for Investments" is showing a different picture - only 12% of the surveyed investors say they are unable to meet their human capital needs. END_OF_DOCUMENT_TOKEN_TO_BE_REPLACED 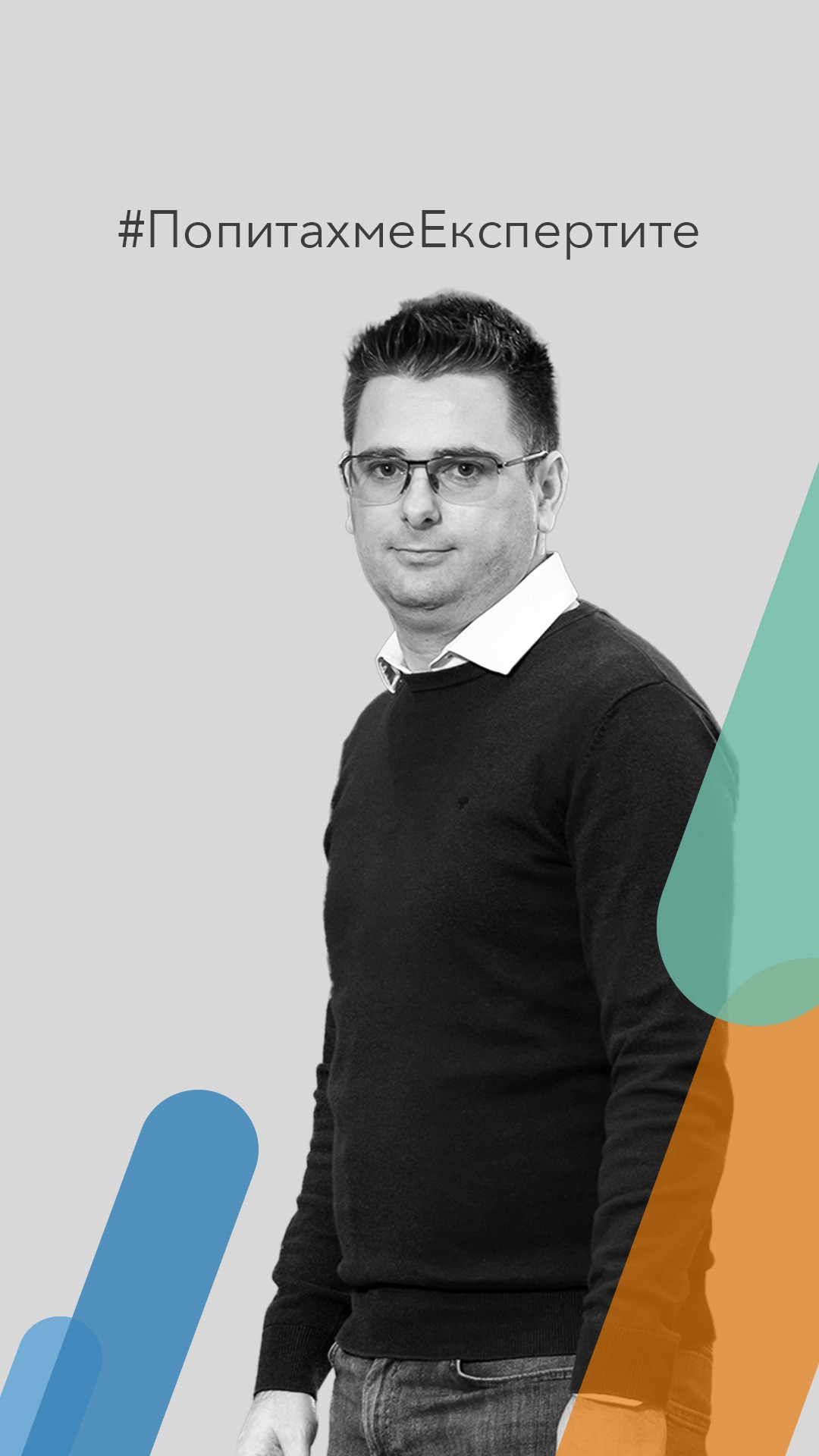 Innovation as part of business strategy

Many organizations experience difficulties integrating innovation initiatives into their business strategies, despite the well-proven correlation between innovation and good business results. We discussed with Ivan Alexandrov, founder and CEO of EBAG - an innovative service for quick and easy food and home products shopping - how innovation is intertwined in strategic business development. END_OF_DOCUMENT_TOKEN_TO_BE_REPLACED